The treatment you receive for abnormal vaginal bleeding will depend on the cause of your bleeding. Abnormal bleeding can be caused by growths in the uterus, an irregular menstrual cycle, or even cervical cancer. Here are some of the potential treatments that you can receive from your OB-GYN doctor:

If your abnormal vaginal bleeding is caused by cervical cancer, your doctor will likely recommend a loop electrosurgical excision procedure, also known as a LEEP. LEEPs are performed as outpatient procedures used to excise cancerous and precancerous tissue. These procedures are typically performed while you are awake, although you will be given local anesthesia to keep you comfortable. LEEPs can stop abnormal vaginal bleeding by removing the source of your cancer.

Abnormal vaginal bleeding may be caused by tissue irregularities inside the uterus. Birth control is typically used as the first line of treatment for menstrual irregularities. However, if you continue to experience bleeding between menstrual cycles, your doctor may suggest a dilation and curettage procedure, also known as a D&C. During this procedure, your doctor will dilate your cervix in order to access your uterus. They will then remove the lining of your uterus using a set of manual tools. Patients are commonly unconscious during this procedure, although you may elect to undergo a D&C while sedated instead.

Abnormal bleeding can be caused by growth inside the uterus. These growths may be called fibroids or polyps. In rare cases, these growths may be cancerous, which is why a biopsy is necessary. Your doctor can conduct a biopsy and a polypectomy simultaneously. Polypectomies are performed under general anesthesia, which means you'll be asleep for the treatment. Your uterine polyps may be removed laparoscopically or transvaginally, depending on your doctor's recommendation.

In some cases, other methods of treatment fail to correct abnormal bleeding. A hysterectomy is a surgical procedure that removes your cervix and uterus. Sometimes the ovaries are removed at the same time as the uterus. You will be asleep for the duration of your hysterectomy. Many women are able to return home on the same day, although you will be directed to rest until your body has healed. Women who undergo hysterectomies no longer menstruate or experience other forms of vaginal bleeding.

If you experience these concerns, you can talk to an OB-GYN doctor about different invasive abnormal bleeding treatment options. 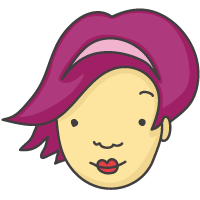 After I discovered that I was pregnant with twins, I knew that I needed to work hard to find the right medical team. I wanted to work with doctors who really understood my challenges and who could work hard to provide the kind of care I was looking for, and so I read a load of online reviews and interviewed countless medical providers. Finally, after weeks of searching, I was able to find a team that I felt great about working with. They were talented, hardworking, and incredibly kind. This blog is here to help you to know how to work with excellent medical professionals.